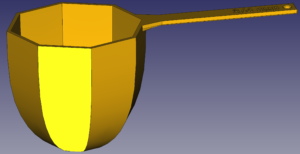 Note, you can see that in such a design you typically include small bevels at most of the edges, and you also very slightly angle (by a few degrees) all of the “vertical” surfaces so that the piece will unmold more easily. (Again, in case you are interested, here are direct links to the resulting STEP files: quarter cup, 3/4 cup, full cup.) 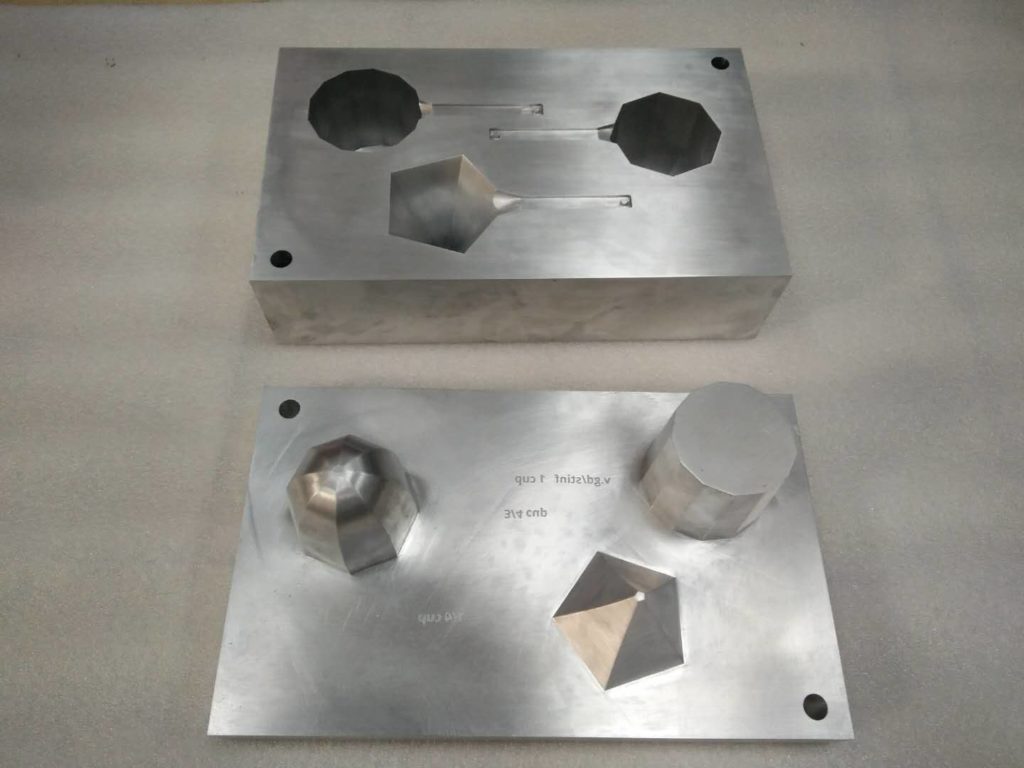 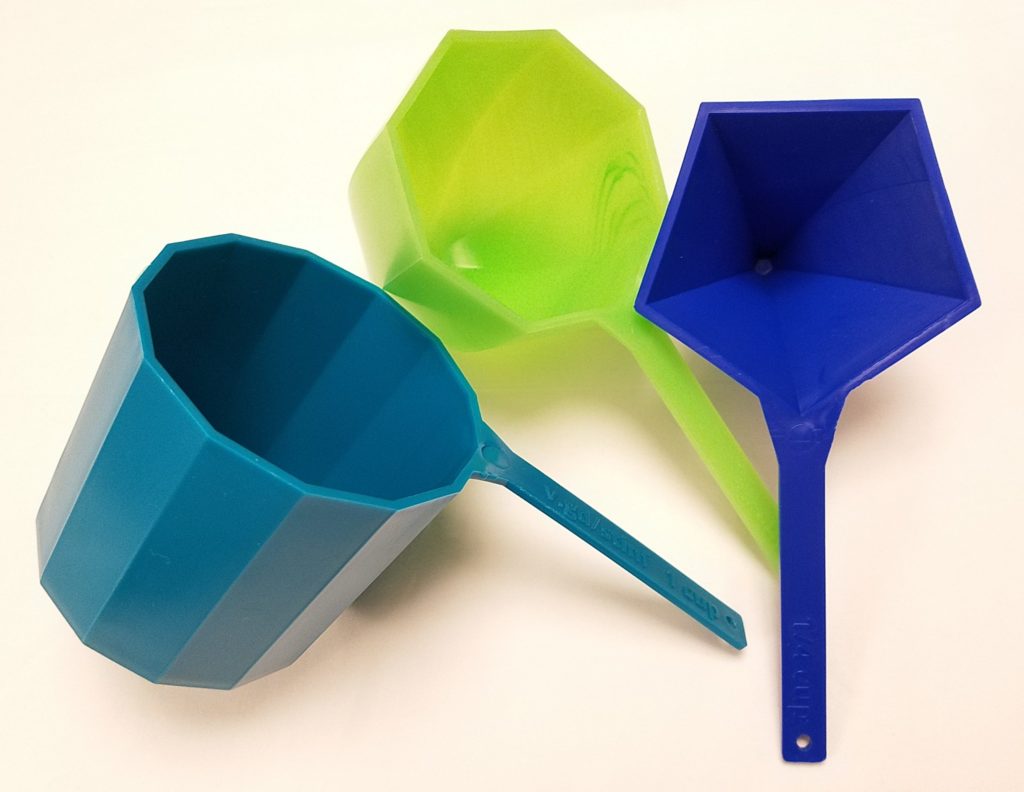