At last the day came for the installation of the Boxtahedral Tower at the Golden Gate Stem Fair. Here are all of the materials waiting to be set up.

The build started off smoothly, with double rows of interlaced boxes quickly turning into trusses. 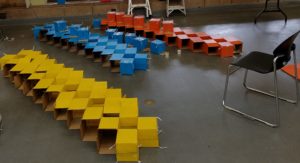 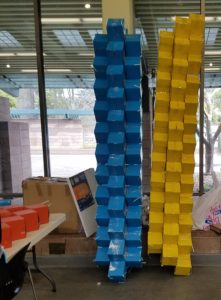 The struts came together to form the top peak, which by the end of the first day, had turned into a tetrahedron. 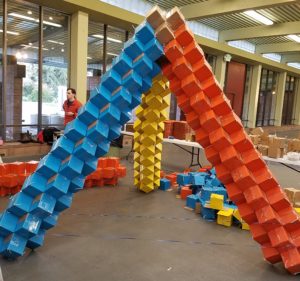 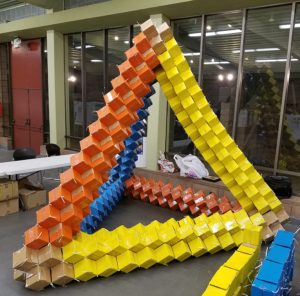 On the second day of construction, the first of the so-called “unknown unknowns” hit. Here’s the construction at the end of that day: 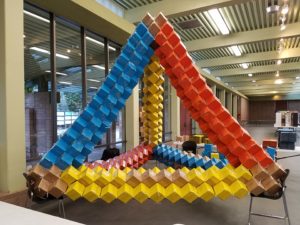 Doesn’t look much different, does it? If you notice, though, it’s up on chairs now. When we simply tried to lift it up there at the beginning of the day, the horizontal members all but fell apart. When we tried to figure out why — after all, the struts had tested out pretty rigid in prototyping — we discovered that the packing tape barely stuck to the paint. It stuck very well to the untreated cardboard, but basically pulled right off of the paint. And it had never even occurred to test whether the tape stuck differently to painted or plain cardboard. So, to make a long day two short, it was spent solely on replacing the centers of horizontal struts with unpainted boxes, which took the tension beautifully, so that at the end of the day we were at the point we expected to be five minutes into the day.

The third day brought another unknown: the ceiling height. Turns out there was not five meters of height available in the venue. Fortunately, we could quickly scale down the bottom level by half, so that it became just the top half of an octahedron (which has a hexagonal footprint). So here’s a half-size triangular face waiting to be inserted under the tetrahedron (in place of one of the chairs). 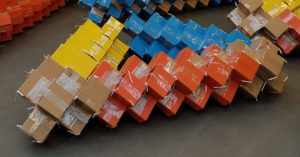 (Oh, and that means that the materials list above specifies more than was actually used, since it’s for the full tower as planned.)

And thanks to the cheerful diligent participation from all of the people pictured below, including the director of the Golden Gate STEM Fair, Marcus Wojtkowiak, (but also many others pictured and not pictured, too numerous to list), we completed the world-premiere installation of the Boxtahedral Tower. 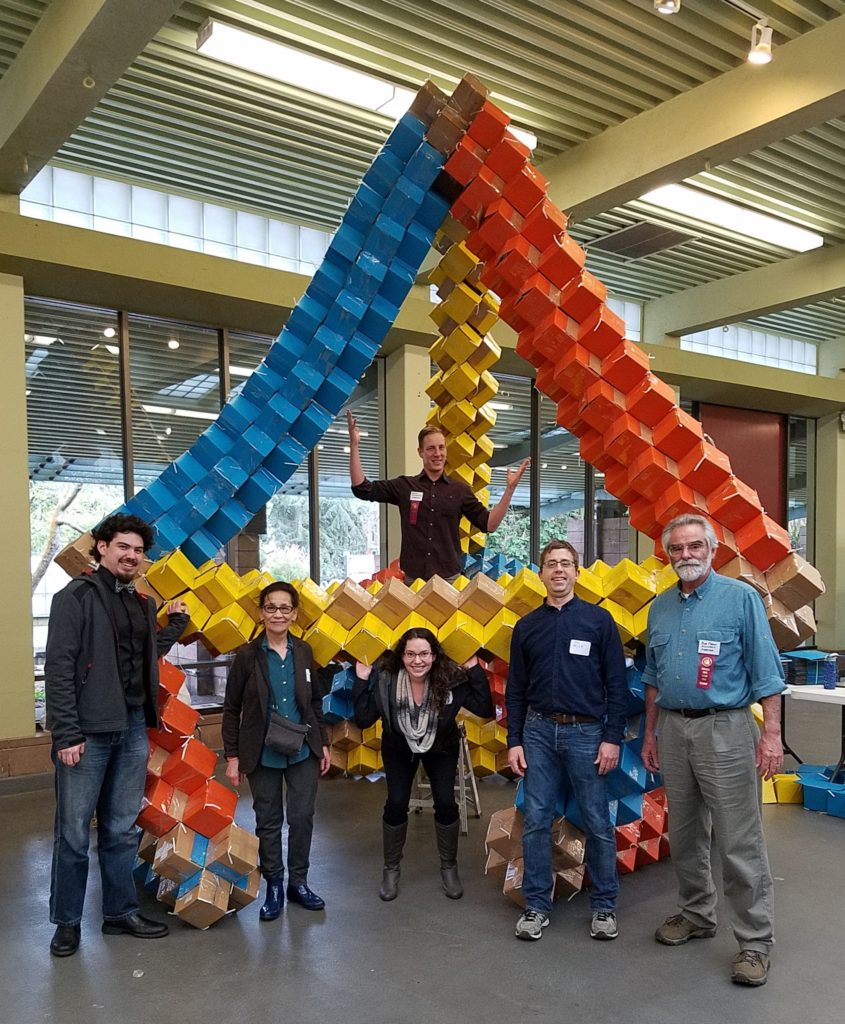 You can see it’s just about brushing the ceiling.

And here’s the obligatory shot looking up at the ceiling in the center of the structure. One of Studio Infinity’s finest constructions! 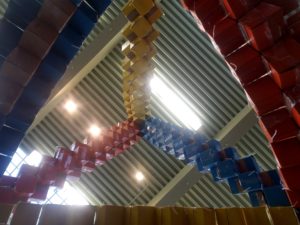